George is currently working full time on his first major independent film  “London Bridges Falling Down” which marks his debut as a film director. www.g2filmlondon.com/

A 20-plus year veteran of the record business, George has a serious track record of providing rare world class opportunity for brilliant unknown talent to be seen and heard by the most powerful decision makers in music. His skill in studio has risen to the point where he is engaged with current superstar acts. George counts among his friends and colleagues many of the biggest stars in the British Music Industry.

He was trained and apprenticed as a recording engineer “The Old Way” at “The Cars” Syncro Sound Studios in Boston. George then went to London to challenge his abilities in the best studios in the world. Upon his first long stay in London as a youngster, George went to The Virgin Group headquarters in Notting Hill Gate nearly thirty days in a row relentlessly pursuing a meeting with Richard Branson who then owned the Virgin Studios Group (encompassing the Town House and Olympic Studios) and Virgin Records.  His persistence paid off in his meeting Richard and getting a personal introduction to the Town House. 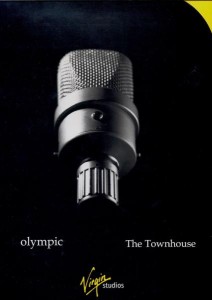 Well known and outspoken within the major league of the music industry, his opinions are widely sought out and quoted. George is a longstanding member of the British Music Producer’s Guild (The MPG) now in his 20th year, and is a member of the Producer’s and Engineers Wing of The Recording Academy (NARAS).

George is an outspoken zealot for the protection of intellectual property in the creative arts in the digital age. He has appeared on Capital Hill with the Recording Academy’s “Grammy’s on the Hill”, and has participated with the Entertainment Law Initiative of The Recording Academy (NARAS) . He has face to face engaged many of the top power brokers in the music business on both sides of the Atlantic as the industry faces a continued revolution.

He has been personally mentored and/or advised by legends such as Sir George Martin and Robin Millar, and has learned more about business from Richard Branson than he ever could have at business school. 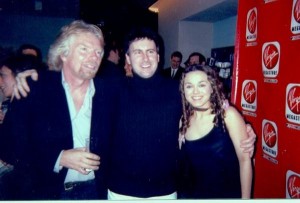 George can be contacted through the Producers Guild Website…Members Directory under G.